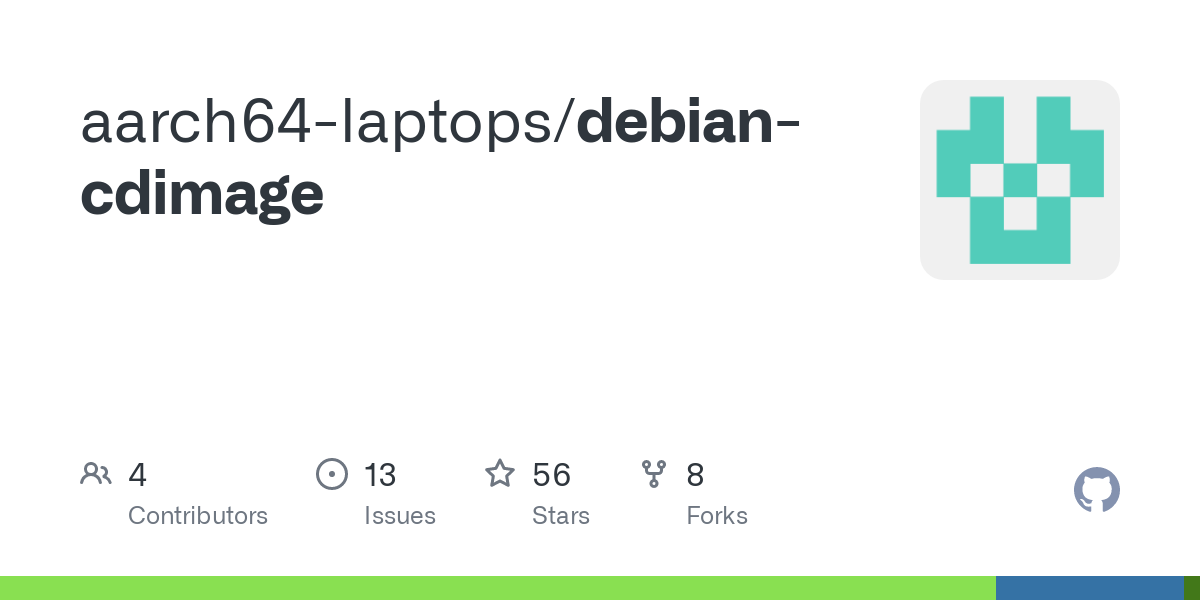 Contribute to aarch64-laptops/debian-cdimage development by creating an account on GitHub.

If you added support for snapdragon cpus that would be HUGE. There are no other distros that seriously support it, and tons of people with laptops with Snapdragon who want Linux. It is a huge pain to install for them but there is already a custom kernel out there with a few small bugs. It should be pretty easy to do. I can make a tutorial of how to install it since booting into a usb drive on those laptops such as the Samsung Galaxy GO has a slightly different process that I see a lot of people struggle to do.

If you made a release with support for this cpu, tons of linux users will join the community

Btw, tell me if this sounds lofty: https://www.reddit.com/r/GalaxyBook/comments/r03091/linux_galaxy_book_go/

ARM support is planned in a future release, however, I will not be able to support this laptop specifically, due to me not owning it, and I cannot blanket support Snapdragon SoCs (or any brand of ARM SoCs for that matter) due to differences in how their kernels work.

The end result of supporting multiple non-open ARM laptops will be me spending my time maintaining multiple versions of the Linux Kernel for different laptops, and not innovating on the x86 version.

Because of this, I only plan on supporting open devices like the Raspberry Pi 4 and Pinebook Pro.